A Practice founded on the belief that all people have a chronological age and a biological age. 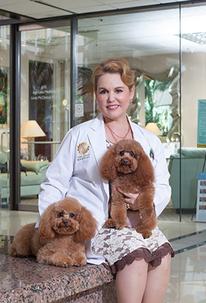 At Age-Less Medicine, our focus is you. Nothing is more important than your satisfaction.

We’re here to listen to your needs. Examples of result we get!

Our practice is focused on enhancing youth, wellness and beauty from the inside out. We believe in a new paradigm of health that promotes health through nutrition, exercise and hormone modulation as well as rejuvenation and conditioning of the skin.

Beauty is not skin deep. In fact, our overall health has a direct impact on our aging process as well as our outward appearance. Living a healthy lifestyle and taking care of the body is a process that can be learned by anyone with a desire to stay young and fit for life. At Age-Less Medicine, we offer services in medically supervised weight management, the latest techniques in skin rejuvenation as well as age management through bio-identical hormone modulation. Our services are available for both women and men.

Enhancing youth, wellness and beauty from the inside out.

From 1994 to 1998 Dr. McClintock served as Medical Director of Health Ease, a medical plan owned by Tampa General Hospital. In addition to serving as Medical Director of the plan, she was promoted to Chief Executive Officer and served in that capacity until 1998. From February 1993 to 1994, Dr. McClintock served as Associate Medical Director for Humana Health Plan. During 1993, Humana was Tampa Bay’s largest health plan. She was instrumental in instituting numerous initiatives resulting in cost savings of over 500 thousand dollars in a 12 month period.

From 1986 to 1993 while in private practice as a pediatrician, Dr. McClintock also served as clinical instructor of family practice with the University of Texas Medical School in Houston, Texas. While there, she earned an Excellence in Teaching Award for the 1987-1988 school year.

Over the years, Dr. McClintock has served on many boards and executive committees while on staff at 6 hospitals in the Houston area, she participated in Credentialing, Quality Assurance/Management, Emergency Department, Utilization Committee and many others. She has also served as Chair of Pediatrics. In 1991, Dr. McClintock was elected President of the Harris County Chapter of the American Women’s Association and served in that capacity til 1993. Dr. McClintock has always been active in community and business related committees and boards.

Some of Dr. McClintock’s more recent civic activities include:

Dr. McClintock founded the Friends of Tampa Police Department, a not-for-profit community that has raised over a half million dollars for training and safety of officers.

Dr. McClintock was previously a Board Member of Sykes Enterprises (NASDAQ Company) from 1998 to 2014 and a member of the Hillsborough County Medical Association.

Dr. McClintock is fluent in Spanish and speaks several other languages at a conversational level. She is currently married to former Mayor Dick Greco.